She is and will forever be, Aretha Louise Franklin aka "The Queen of Soul". Born March 25th 1942 transitioned August 16th 2018.

The world lost a Legend today while Heaven gained the voice and spirit of an Angel. Aretha Louise Franklin passed away today. While her career is well documented, we understand that there are now at least two generations who may not have a clue about who this amazing woman was.

So, in honor of her legacy, here are 15 things you probably never knew about Aretha Louise Franklin aka "The Queen of Soul". 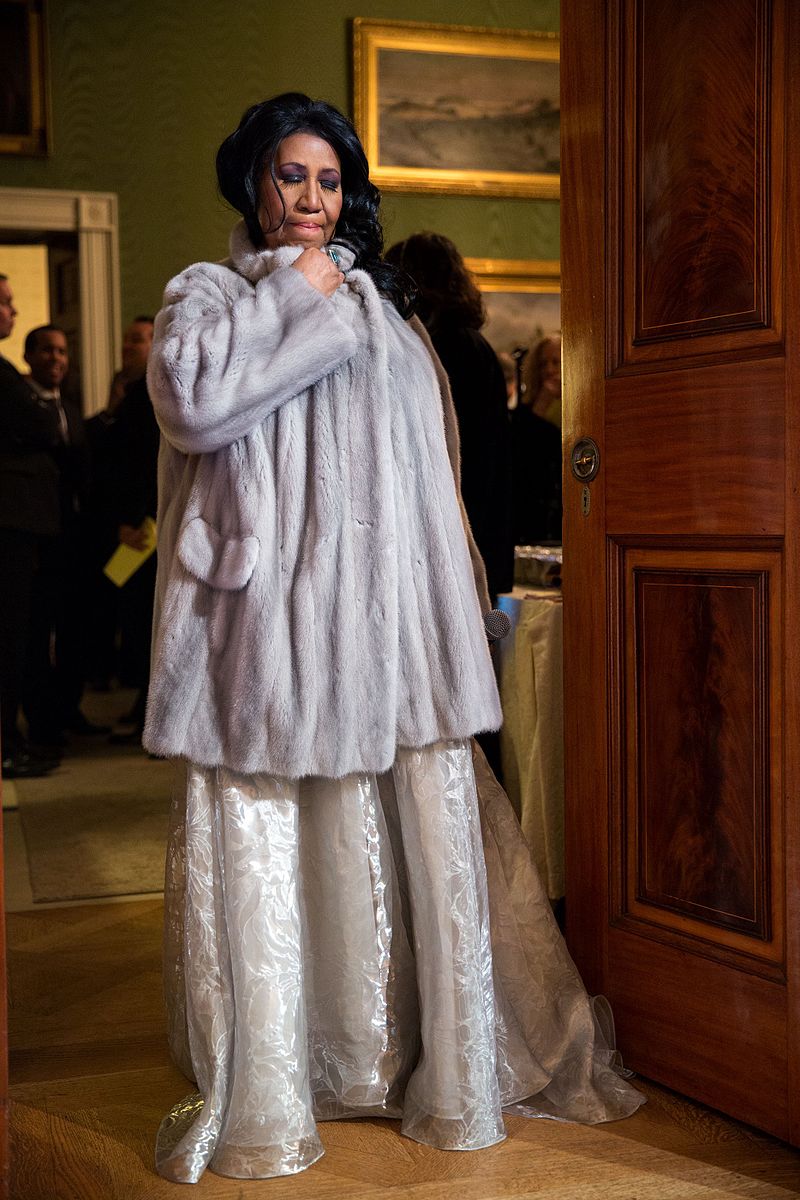 From a small home in Memphis Tennessee to Minks and singing for Presidents.

4. Aretha Franklin had her first child at the age of 12 and named the child after her father Clarence.

6. Aretha Franklin had her second of four male children when she was 14 years old.

7. Aretha learned to play piano by ear before the age of 10 often mimicking by memory, the arrangements she heard while attending church with her father Clarence LaVaughn "C. L." Franklin.

8. An 18 year old Aretha had a huge crush on Sam Cooke who was a singer with a gospel group called the Soul Stirrers .

9. Aretha signed her first record deal at the age of 14 with J.V.B. Records, in 1956 releaseing her first album called Songs of Faith.

10. Aretha was married twice, her first marriage was at age 19.

11. Aretha Franklin was once married to Cooley High and Queen Sugar actor Glynn Turman from 1978 to 1984.

14. Aretha Franklin dropped out of High School after seeing the legendary singer Sam Cooke, who she toured with do the same.

Bonus - Aretha was heavily involved in the Civil Rights movement, often times covering the payroll of many organizations. She was also a strong supporter of women's rights and Native American rights.

Here Are Some of Aretha's Most Profound Quotes.

"The man who gets me is getting one hell of a woman."

"I sing to the realists. People who accept it like it is."

"If a song’s about something I’ve experienced or that could’ve happened to me it’s good. But if it’s alien to me, I couldn’t lend anything to it. Because that’s what soul is all about."

"Music does a lot of things for a lot of people. It’s transporting, for sure. It can take you right back, it’s uplifting, it’s encouraging, it’s strengthening.

We all require and want respect, man or woman, black or white. It’s our basic human right."

"Politics are not my arena. Music is."

"Sometimes, what you’re looking for is already there."

"People really don’t have to give you anything, so appreciate what people give you."

"You cannot define a person on just one thing. You can’t just forget all these wonderful and good things that a person has done because one thing didn’t come off the way you thought it should come off."

"Who hasn’t had a weight issue? If not the body, certainly the big head!"

"I’m the lady next door when I’m not on stage."

"I paid my dues; I certainly did."

100 + Pink Cadillac's arrive to see the Queen of Soul home.

Some our favorite music from the Queen Of Soul.

Byron Allen does it again